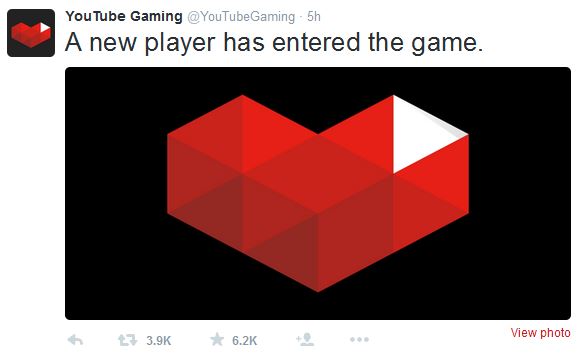 Interesting piece of news I saw just now as I opened my twitter feed. Apparently Google is going to launch a new service called Youtube Gaming. Based on what I read, they are making a site and app that will focus exclusively on gaming content with features to help you stay in touch with your favorite channels and gamers. This is supposed be designed to be more like a service such as Twitch.tv by the looks of it.

I found this quote interesting where it stated “gaming has spawned entirely new genres of videos, from let’s plays, walkthroughs, and speedruns to cooking and music videos.” That sort of shows how big the gaming industry has become where even large corporations and trying to find ways to cater and capture this audience base. Nice to hear as in many ways that means the hobby is becoming more mainstream. 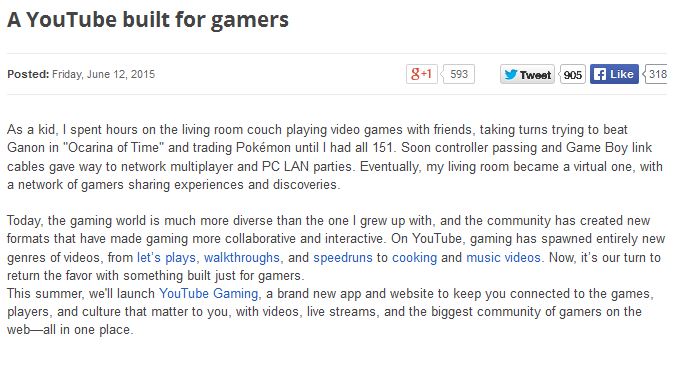 I think the biggest reservation about doing gaming related footage on Youtube was the copyright strikes even if the content creator was using it in a fair way. I notice that a lot of people put their videos on Twitch instead of Youtube because of things like that. So it makes me curious what Youtube’s gaming site policy will be in that regards since it is focused entirely on video games. Example, will that controversial Nintendo creator’s program be implemented into that site as well?

Unfortunately it also states that it will only be available for people in the US and UK initially. Nice to see the industry growing though.