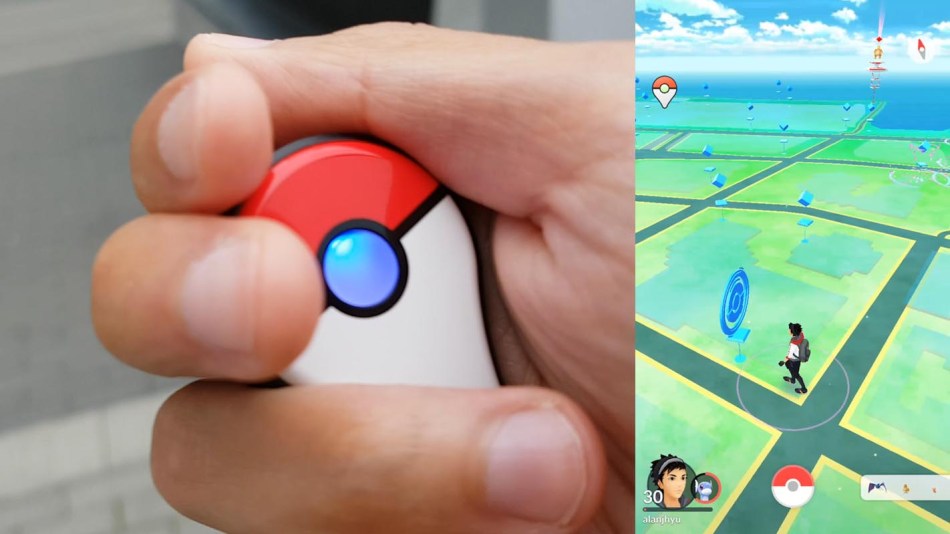 Alright, so today I was able to obtain a Pokémon Go Plus accessory. In some ways I was surprised that I was able to get it so quickly. I pre-ordered this on Amazon and was surprised that they gave me a free upgrade it seems for a release date delivery. The delivery person came really early in the morning too. So of course I wanted to test this thing out during my day. I was very keen in trying this as there are plenty of times where I would like to just walk and hatch eggs during my regular activities without having to have this game opened all the time. It would save me both battery power and allow me to multitask.

I won’t go too in-detail with the unboxing and all but as you can see there is only the Pokémon Plus accessory, the wrist band and the manual. You then need to pull out this small strip to enable the battery to make contact with the device. The setup seemed relatively straight forward minus the confusion where clicking on the Pokemon plus title brings you to its site. 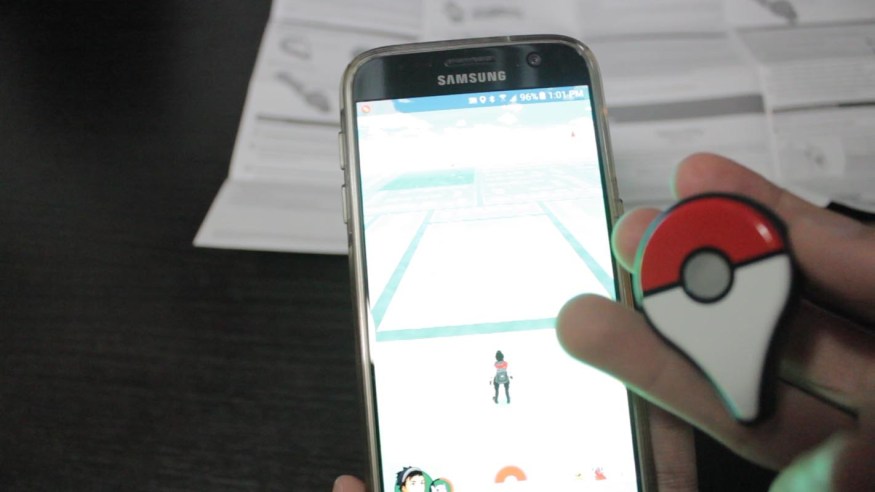 Once you have everything setup the game will display this image on the top left of the screen. You then need to click on that icon and the button on the accessory to activate it. I was really curious to see how this was as I have heard so many people say that the catch rate was horrible or that it doesn’t work without the game being actively on. I recently just hit level 30 as well so this would be a good test as apparently this is the soft level cap for the game. 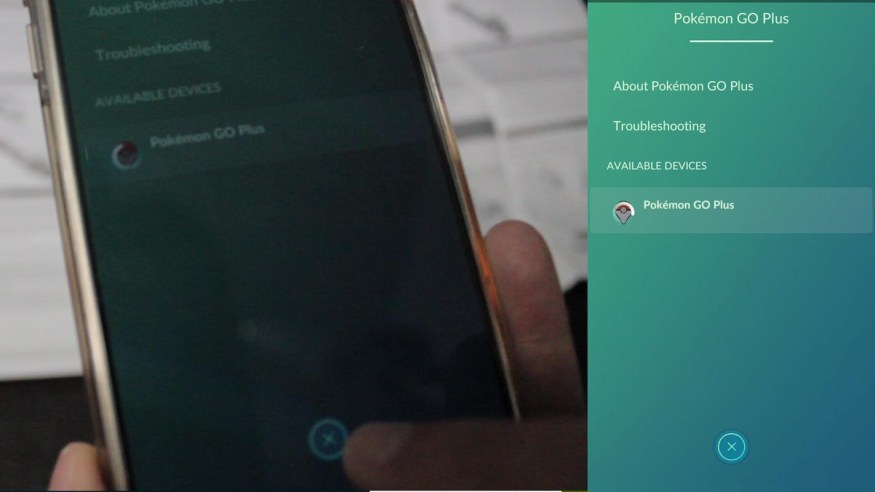 Funny enough for myself the first few Pokémon I encountered were always successfully caught. It wasn’t just weak ones either as some seemed kind of decent. Now usually the way I play this game during my regular walk is that when a Pokémon pops up I would quickly look down on the phone, tap it to start the catching and throw the Pokeball. Afterwards I would just look back up away from the phone and give it a few seconds before looking back down to see if I caught it. Again, I usually just keep on walking as the game shouldn’t stop me from going about with my regular day.

Sometimes this can cause me to lose a lot of experience from Pokestops too where if the Pokemon keeps breaking out then I continuously try to catch it while walking still. This could mean that I have passed a few Pokestops or Pokemon in the process. So for a person like myself I thought this Plus accessory would be ideal for me. From my tests so far it seems to work almost perfect in that regards. As you can see I can pretty much just keep walking without the need to constantly stare at the screen.

What I did notice though is that there seems to be a delay in many ways as to when the plus accessory would register the Pokemon or stop for you to click on. Just as an example I went to a spot with a triple lure and you can’t exactly just like press the button every second to catch everything in sight. In fact, in some cases the accessory doesn’t seem too smart. As an example, I began to walk and this Pokemon pops up. Now normally if I see a Pokémon on the map I would just tap it and keep walking as I try to catch it. In the case the accessory never even triggered to catch the Pokémon and I eventually just walked too far from it. So this shows that you can often miss Pokémon if you are just relying on this. At the same time, this thing isn’t too ideal if you are the type of player who just sits in one spot and farms.

There was actually one useful and practical use of this accessory when you are hunting for rare Pokémon. Today I noticed that a Tentacruel popped up which I didn’t have. So, I decided to look for it. Now usually when I am trying to hunt for rare Pokémon and the game says I am close to it I tend to ignore the Pokémon that I already have. I don’t want to risk going into the catching mode with that Pokemon where I have to say stand still and waste time with it. Otherwise I may walk right past the rare one. But in this case the plus accessory allowed me to catch the other Pokémon and stops without fear that I would overlook or pass the rare spawn. So that is definitely a practical use for this. 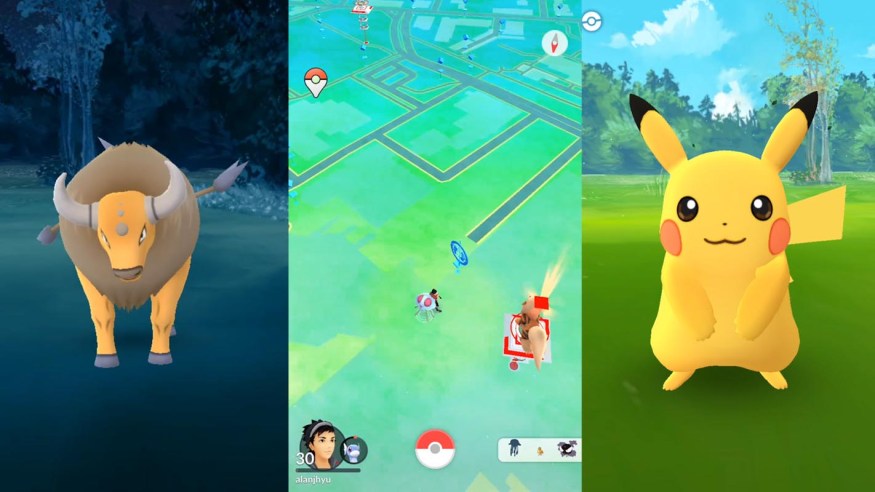 My main point in buying this was to hopefully find a way where I could hatch the eggs without the need to always be on the game’s screen. From my tests that definitely seems to work perfectly. Just as a crazy example, I actually walked past this car crash accident. Now as you can see I went to my phone’s camera with the game in the background. From what I can tell the plus accessory was still registering the distance as I did this. 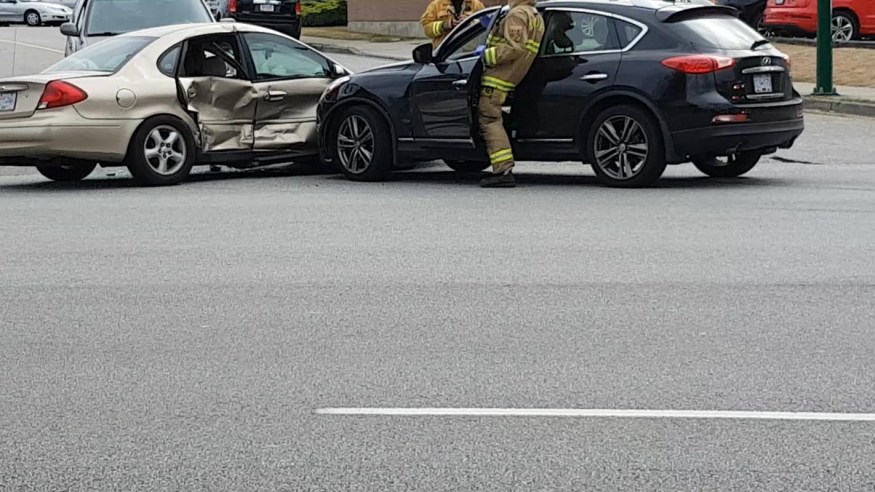 Or as a more specific test I went to the busy area in the city where there are often a ton of Pokestops with lures. I was going to walk to this large landmark as my test where I would have the game running in the background while using my phone’s camera. The plus accessory was activating a lot. If it lights up blue then that seems to indicate that there is a Pokestop that you can collect. If it lights up green then that indicates that there is a Pokémon to catch. Afterwards if you press the button a white light will flash and vibrate up to three sessions which seems to mimicking as if you through the Pokeball in the game. If you catch it then it lights up repeatedly as you can see. If you failed to catch it goes red. Ultimately I did reach the end point and you can see it definitely works. 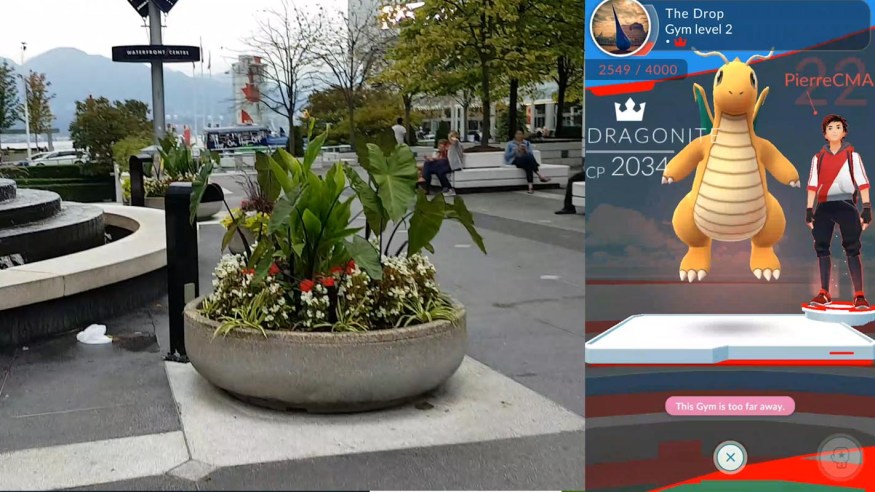 Does it work if the phone is on complete standby? I did that as a test too. Again, it seems to work perfect as I was walking along the seawall here and was catching Pokémon and pokestops whenever the accessory vibrated. Funny enough, at the end of the point I went to as intended for the test a Dratini popped up. That’s where I had to think. Use the Pokemon plus or catch it manually with berries and an ultra ball? I decided to go the manual route since Dratini’s are rare for me.

One thing a little annoying though. Is that you will notice that if you manually go into the catching mode the accessory disconnects. So you have to reconnect it each time. The same thing happens if you do gym battles. 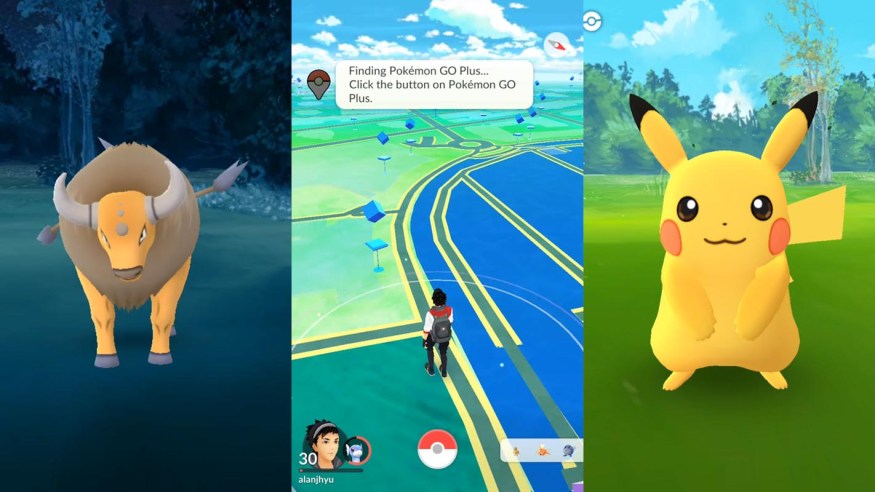 A lot of people were saying before that you don’t get experience or dust from catching Pokemon this way. From my tests, you do indeed get 100 experience per catch. As well, you seem to get 25 experience for failed catches. Now the stardust is an interesting issue. At first I though everyone was right where you don’t get stardust from catching Pokemon this way as every time I checked the number didn’t go up. However, what I did notice was that whenever I had to reboot the game my Stardust count would magically go up. So I started to do tests where each time I caught a Pokemon I would reboot the game. Every time I did the amount would accurately reflect what you wold normally get per Pokemon. I did this a few times in different ways such as walking and catching for awhile and each time it was accurate.

Lastly, was it good for the walking tracking? From what I tried so far it seems great. I haven’t been able to do full tests but the distance seems more accurate. I did test it by going high speeds too and like before it doesn’t seem to register if you go too fast. 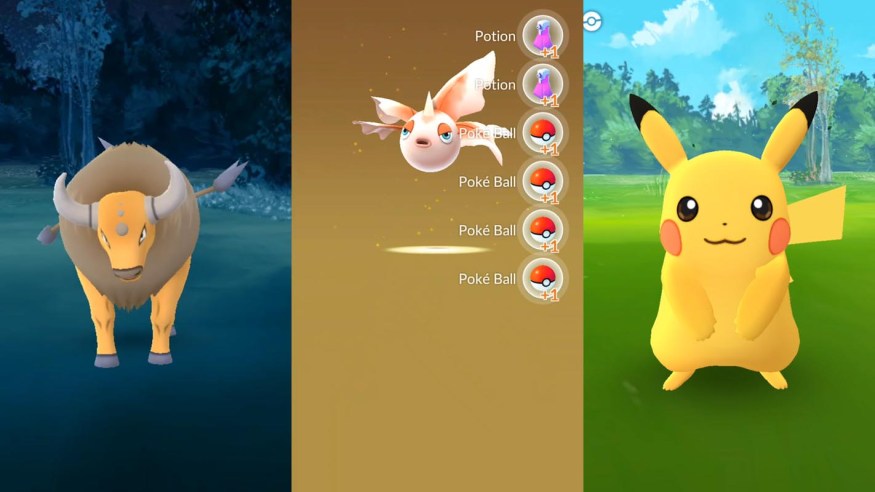 Overall, I find it really useful. It actually gave me ideas on how you can get a ton of experience even as a more serious gamer if that was your main personal intention of getting this. Though in my opinion this is really meant for people who want to keep going in their commute while still in a sense playing the game. Example, imagine using the Street Pass feature in the 3DS if you could only get Streetpasses if your system was physically opened all the time. That would be a little annoying. To me, this plus accessory kind of makes it like the street pass in the sense of ease of use.

Is it worth the price tag? In some ways I do think it is expensive honestly. For myself though I rather use things like this for fun as opposed to like one of those other walking tracker devices. But for myself this is a fun add on. Feel free to ask any questions you have about this as well.