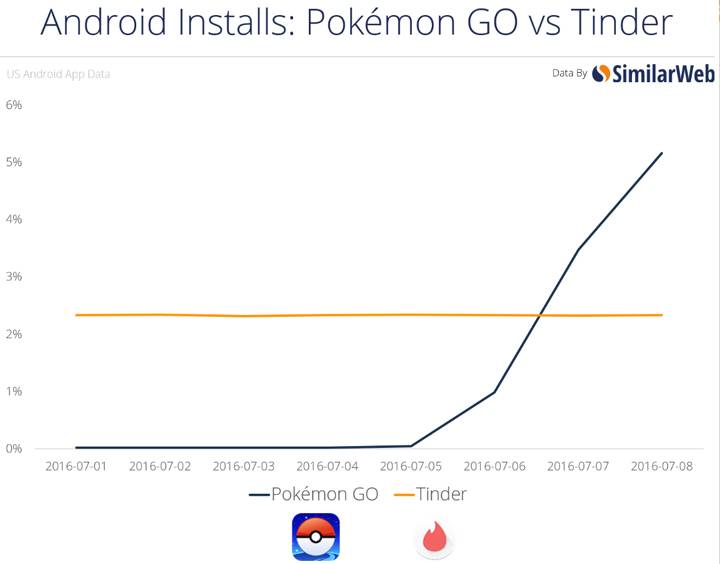 This was a funny comparison chart I I saw on the news with Pokemon Go recently being released in various places. It essentially compares the app installation rate compared to Tinder over the past few days where as you can see the difference is quite noticeable. I am not surprised in many ways about the popularity of it as even I am one of those people who are waiting for it to be officially released here in Canada.

I know a lot of people have been installing the APK of the game to enable themselves to play it earlier. That just seems like a bad idea to me as who knows what kind of malware and such you can get from installing unofficial versions. Even in my daily life I am surprised at how many “casual” gamers have been talking about this game as well. It will be neat to see what kind of communities this game can build.

I usually like to stay active such as hiking and so maybe this game will get more people to actually go out too. Although some of the stories I read are kind of crazy such as people finding dead bodies or sick people using the game to lure people to rob. I guess just like dating apps such as Tinder you will still have to use caution. But for most part I hope this will be a fun experience that will hold it’s charm as Miitomo kind of lost its flare pretty quick I thought.