Nintendo Miitomo Sounds Like A Dating App To Me 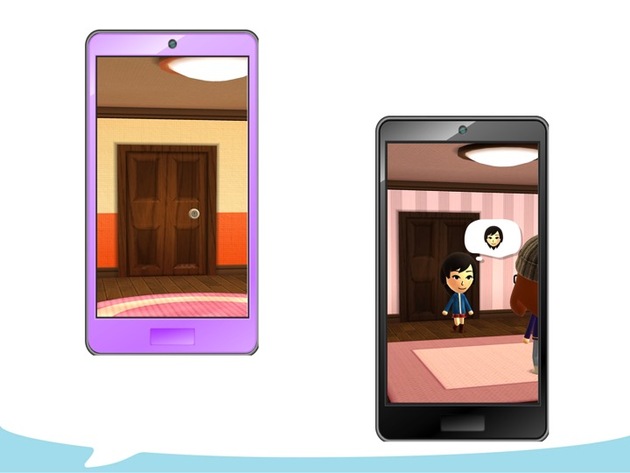 Recently I was interested in hearing what Nintendo had planned for the mobile scene during its investor meeting. Like most people, the announcement of Miitomo kind of surprised me as I thought they would have announced a traditional game of sorts sing Nintendo IP. From the descriptions I read Miitomo sounded a lot like that game Tomodachi life where it uses Mii characters as scenarios then play out with them.

In this case though, apparently the goal of this mobile app is to help people learn more about their friends. It sounded like you would fill out various questions about yourself and somehow the app will slowly introduce information about you to others where it acts like a conversation starter and showing similarities. I must admit, the first thing that popped up in my mind was whether or not this is like Nintendo’s attempt at a dating app of sort without actually calling it one.

It almost sounds like it has the qualities of it in many ways doesn’t it? Fill out profiles? Conversation starts for more served people? I think the main thing that would stop it from becoming one in a big way is that I believe this function is restricted to friends only. Kind of like how you need to add Facebook friends. So to my knowledge this isn’t something like a Tinder setup where you jump in and start seeing random profiles. 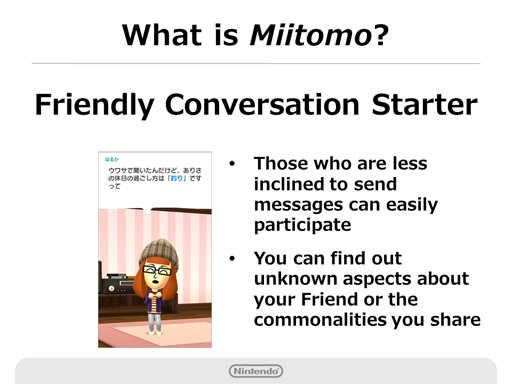 While I hear a lot of gamers saying this idea won’t succeed, I kind of see this potentially being big. As silly as it sounds, social interaction as a gamer I have found is often very awkward in the traditional sense as it is a hobby that people are still ridiculed for. Even when I attended places such as the Pokémon Symphony here in Vancouver, for many people it felt like it was a relief to be able to let loose and not be judged for their hobby as you are in a room filled with people that enjoy it too. At the same time, people are so excited to learn about others that share their same hobby.

In that sense, this sounds like an app that can satisfy that kind of want and curiosity from a lot of video game enthusiasts as it eliminates the first hurdle of social awkwardness of having to hide that you are a video game enthusiast. If sales of that Tomodachi life is any indication too there is a big casual audience for these types of things.

As of now I would have a hard time seeing non-video game players using this as the stigma of it being associated with video games will probably make people feel silly in using it. Would you ever even fathom the thought of finding love this way too as a video game fan?