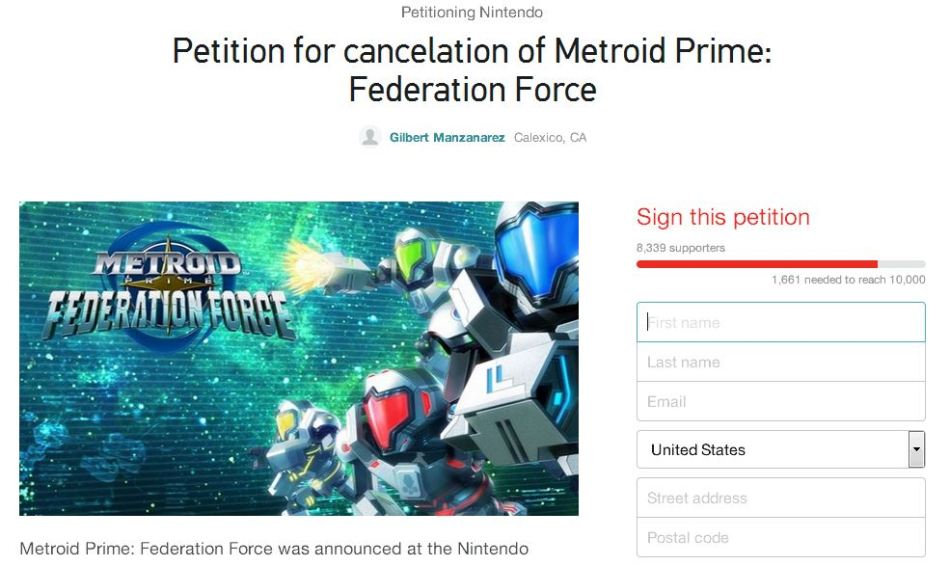 I definitely wasn’t expecting to see something like this as a result of resentment towards a game announcement. It’s no surprise that a lot of people feel that the announced game Metroid Prime Federation Force is using the Metroid brand for marketing purposes, but it would appear that people have tried to create a petition on Change.org about it in an effort to convince Nintendo to cancel the project.

There is this quote on the page that states “Help us stop this atrocity of a game from bearing the beloved Metroid franchise name and make Nintendo halt production on it.” It seems like people are using the disapproval rating on the Youtube video trailer as proof that the majority wants this game gone. 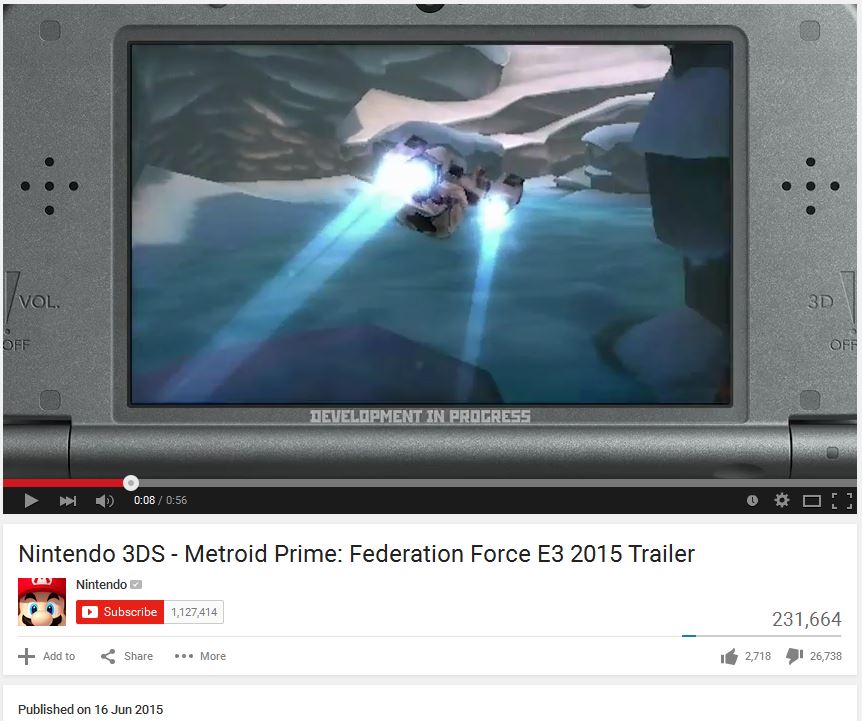 While I understand the disappointment, it’s a bit much to tell a company to cancel a project like this isn’t it? I don’t think this game will be my cup of tea personally based on what I have seen so far, but that doesn’t mean it may not be game of the year for other people. Okay, maybe that is pushing it…but you get the point.

I know for myself, in a case like this I would go with the old you vote with your dollar approach. It doesn’t seem like a game that interests me and at the same time I feel it is trying to take advantage of a brand to generate easy sales. Therefore, I simply won’t buy it. However, we have no idea yet how this game will turn out or if it will be like a free to play game on the Nintendo eShop as an example.