BFvsGF Breakup And The Entertainment Business As A Couple 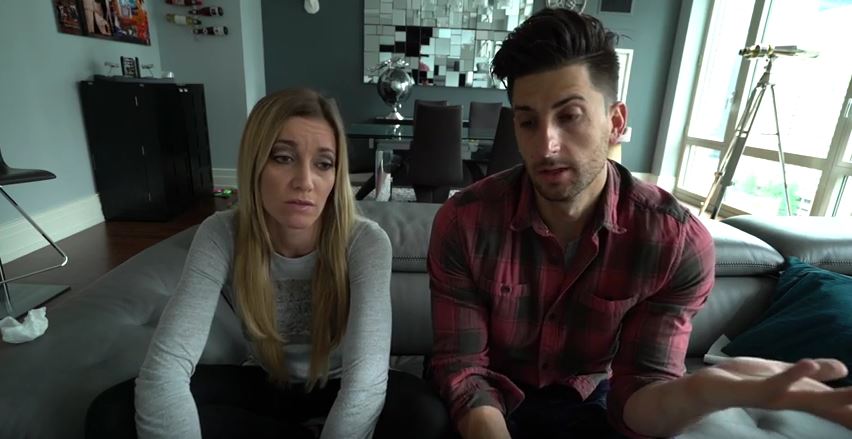 I was watching this farewell video of sorts today from a popular Youtube channel titled” BFvsGF” that is run by a guy named Jesse Wellens and a woman named Jennifer Smith. They are known for their “Prank Vs Prank” channel where as the name implies they often play a ton of pranks on each other. While it looked like they were living the life pretty much in a happy way doing videos and all recently they released this new video called “A New Chapter” which pretty much says that they need to stop doing daily vlogs.

Essentially, they were emphasizing how when they make the videos they often don’t talk about the implications that doing daily vlog video has had on their relationship. Example, it became to a point where their life was always under a microscope from a wide range of people who simply didn’t care about them as people. This created the mental stress on whether they were doing things for other people or themselves. So their solution at this point is to simply stop cold turkey, so to speak, until they figure out how to get their life back together.

As someone who works in entertainment in general I can really sympathize with the couple and how crazy it must feel. I would imagine for like most people when you start something like this it seems fun and you are just so excited to have a global audience of sorts to follow your adventures. I have never been in a position where it felt like the whole universe is always criticizing my every move, but I can easily see how it creates such a conflict. Especially in this case when it is dealing with a real life couple.

Actually, interesting enough I always had a mindset that it would be cool if I ever had a significant other where I could pretty much say create content with on a daily basis where we both love it personally and professionally. I mean on paper it just sounds so perfect right? I guess in like this example though you have to really think about the future. Although, keep in mind there could be a chance that this is a prank in itself. Never know.

While I don’t video blog everyday as of yet, I do blog every day in terms of writing. But that is more in an educational ways as opposed to an entertainment fashion like these videos. So it makes me wonder if running something not as extreme such as couples who review products and attractions would be perfectly fine for many. Always so much more to think about when you enter this business/industry as kind of like what was stated in the video you know what you are signing up for essentially when you get to that position. How would stories like this impact your decision in pursuing a career in entertainment in general?