Are Gamers Naturally The Rudest And Uncompassionate People 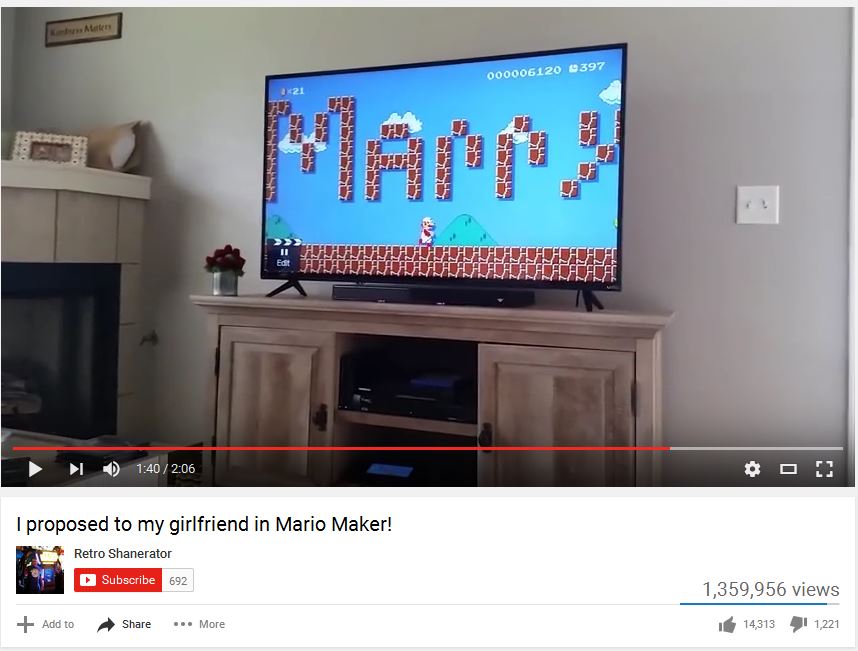 Recently I saw this YouTube video where a person created a level on Mario Maker and had his girlfriend play it. Essentially, he proposed to her this way where he spelled out “Will You Marry Me” with a bunch of blocks. Of course, she said yes. He taped this and decided to share this with the YouTube community.

Now the lady does appear to be overweight and so it’s not surprising that a lot of the comments then turned into people commenting on how ugly and disgusting she was while questioning the guy’s decision to marry her. It made me think, are gamers in general just naturally mean spirited in a sense?

For myself as someone who plays video games this is often the stereotype and stigma I get in the professional world if I ever mention that I play video games. Basically, to the general public this means you are an anti-social basement dwelling troll of some sort who has no life or care to be around other people. It makes me wonder how long it would take for the stigma to go away. At the same time is being a “gamer” per se directly correlated with these kinds of behaviours?

I can personally say no as I don’t go around trying to anonymously post mean spirited comments as an example. I feel people just need to recognize that it isn’t because people play video games per se. In like this case I feel it has more to do with just the anonymity factor of the Internet. People don’t feel there would be any repercussions to their actions and so they figure why not.

From my personal experience this is often why many people neglect to say that they play video games as there is just so many incidents like this that is often showcased as to what it means to be a “gamer” per se. It will take time of course to change that perspective with more positive examples to show.